"Khorezm is a place of literature and poetry with rare culture, elegant art, high education, philosophy of life and ideas of humanism, one of the centers of secular science ...

The historical and cultural heritage of the Khorezm oasis  its heritage is directly related to Khiva. "

One of the most attractive cities in Central Asia - Khiva is located on the left bank of the Amu Darya River, south of the present-day Khorezm region of Uzbekistan.  It is the only unique monument in the region that has been preserved completely.

Ancient myths and Hivanist historian Hudoyberdi bin Awaz Muhammad (Born 1773 or 1774) testify to the very ancient history of Khiva.  He writes in his poetic language, Another city of Khorezm is Ramdyr.  It was founded by Som Nun, but now it is called Raw.  It is said that the pseudonym of the Pahlavon (Mahmud), the so-called (Khayvak), was hidden in the history.  Thus, this history became the name of the city.  His former name is Raml, which means sand.

One day, Som by-Sahin slept there and in a dream he saw himself in the midst of three hundred torches.  He was awakened in his mood and wanted to memorize it, and the city was built up.  When he came to another place, he surrounded it with a wall, and it splits into the west.  In short, the story is that the Neutral has been destroyed many times and has been rebuilt.

From the writings of Khiva historian and legend, it is possible to understand the historical truth.  First of all, the place where the Khiva sand dune is called Ramle, the time of its appearance and the name of its founding member is associated with Som's son Noah. 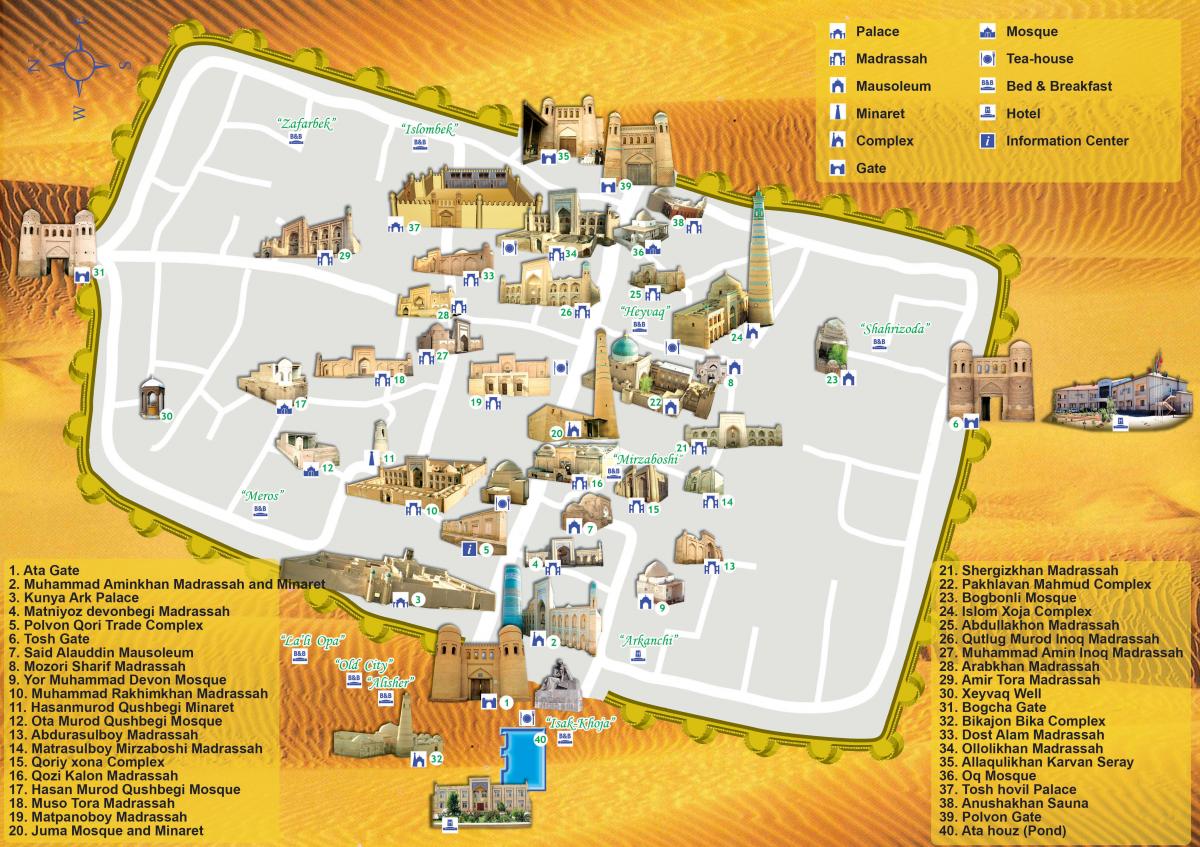