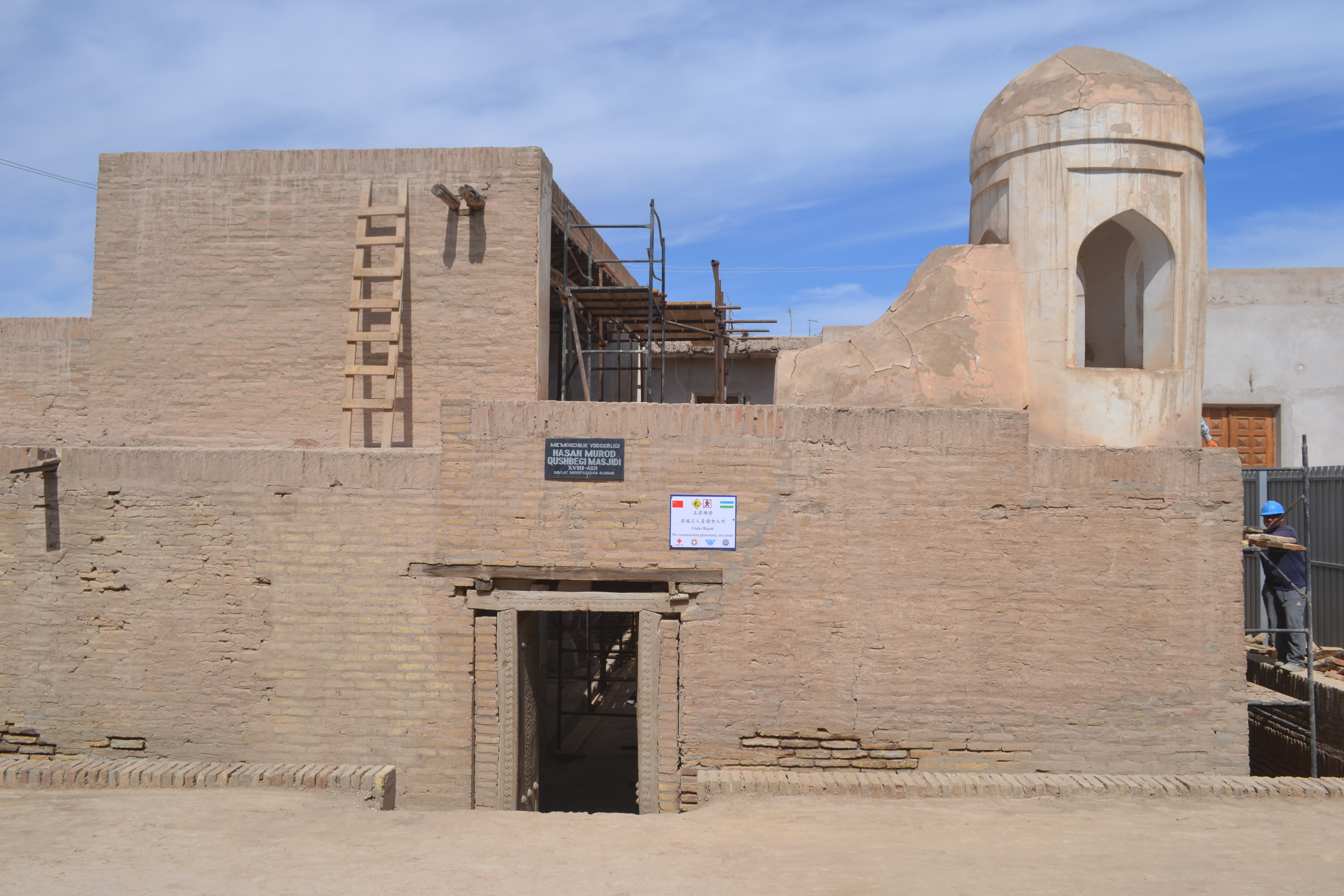 Hasan Murod Qushbegi (the chief of the Khan's security detail) was built in the late 18th century. Located behind the Musa Tura Madrasah at Ichan-Qala, it was jointly erected by Hasan Murod Qushbegi and his relative Shah Niyaz. However, the mosque only bears Hasan Murod Qushbegi's name. It is a small quadrangular mosque laid out as a living quarters. In the north the rectangular structure a narrow courtyard, summer avian and winter mosque. In the north-eastern corner there is a minaret built inside a structure adjacent to the tarahat-khana. Restored in 1997. 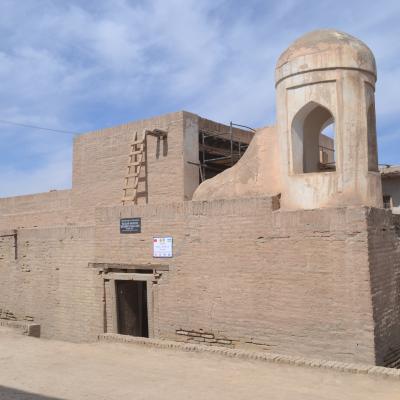