At the photo exhibition 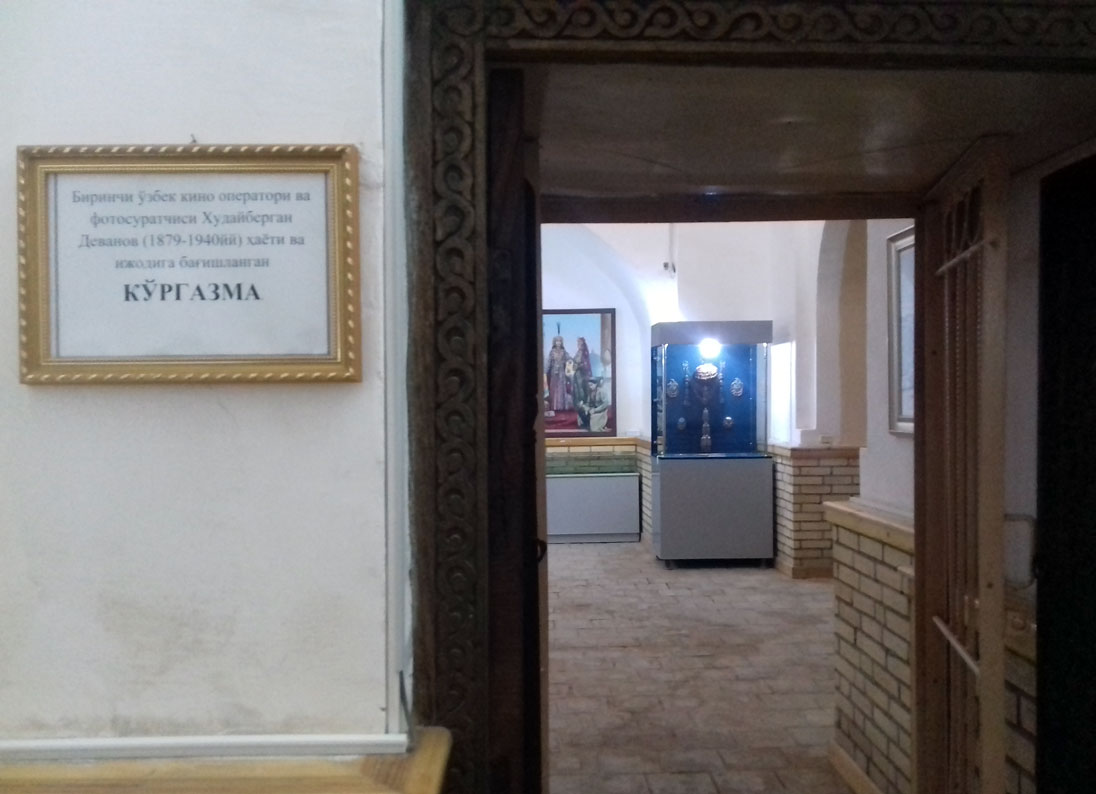 Museum-Reserve "Khiva-Ichan-Kala" In the history of the Khiva Khanate, the exhibition of Hudaybergan Devanov, the founder of the first photographer and cinematographer in Uzbekistan, was opened. The exhibition features photographs of the last three horses of the 19th and 20th centuries, as well as folk dances, Navruz holidays and historical monuments.

Since 1903, Hudaybergan Devanov, another great artist (photo actor), joined the ranks of prominent figures of culture and art in Khorezm. The appearance and development of photography in Central Asia is associated with her name. He was born in 1879 in the family of the secretary of Haman, Nurmuhammad Devan. He loved science and art at the age of six to seven years. She studies at home and studies Arabic and Persian languages ​​in her old school years. A talented young man could read and write in Russian at the age of 14-15, studying German from the Germans living in Khorezm at the time. By the end of the 19th century, Germans living on the Volga, about 200 people, lived in the White Mosque near Khiva, near the Otokon grave. Hodibergen, who shows great interest in each innovation, gets acquainted with the German master Penner and is interested in his work. This artisan was called "Panorama Khiva". He learns the secrets of the camera from Panorama.

Since 1903, Yosh Hudaybergan has photographed the city's blue towers and madrasahs in the city of Khiva, but local priests, including Hadi Kaliani Salim Ohun, the Mufti and some of the old-fashioned supporters of Mohammed Rahimkhon II. He is a fan of innovation, enthusiast Khan Khudaibergan and says he wants me to take a photo. The film will please the khan, protect him from the priests and invite him to work in the barracks, Khudaibergan Devanov will work as admiral master in kingshit. At the end of 1907, a group led by Islam Khoja led White Coffin to St. Petersburg to invite the housewife to photograph the holiday memories of the great Russian city. Hudaybergan Devanov is in St. Petersburg with the permission of Islam Khojan in St. Petersburg to study the secrets of the recently opened photography and cinema. The news of the trip to the Russian capital for a young man Khorezm, who saw the twenty-nine spring, was overcrowded. He was in this city for two months, learning a lot about photography and cinema. He returns from St. Petersburg to Khorezm with "Pate", the game process and the camera. Hudaybergan Devanov will begin to demonstrate his rural landscapes, landscapes and sights of the city. Ha, this was the first big step in the creation of Uzbek cinema. The Khorezm government highly appreciated the teaching and educational services of X.Devonova, and in 1924 the Central Executive Committee of Khorezm awarded him the "Profession" prize. The first national cinematography of the Studio of Uzbek cinema, H.Devonov, founded in 1925, and the whole society of the Union's cinema chose him as his special correspondent, the first Uzbek film operation to send filmmakers to Moscow, often reflecting the life of the Uzbek people and, in turn, friends from Moscow cinematographic works sending and receiving advice. At that time in Tashkent, at the initiative of G. Devonov, in Chilanzar was built a small cinema called "Khiva".

In 1928, H.Devonov celebrated his 25th birthday and 50th birthday. In 1936, D.Devonov received a life pension for old age, despite his retirement, he did not abandon his favorite profession and taught to the young. The great artist Madrahim Yakubov Sheroziy said in her memoirs N. Office of Warm Words - Teacher is a professional photo-film operator not experienced hunters and fishermen, nature lovers also like flowers; In the garden in Khiva there were more than 100 varieties of flowers, and he liked to pour these flowers and enjoy cultural fun. " In 1936 the young members of the party Polyazxoji Khiva Yusupov, Sholikarov, Mulla Bekchan Raxmanov, grandfather Otajanov and Xudaybergan Square and other inkilobchilar Akmal Ikramov from Uzbekistan, Fayzulla against the tail of the economy, the state as the enemy of the people - people arrested and in 1940 he was shot in jail in the area of ​​Zangiot in Tashkent.

All of them were formally established in 1958. In one word, Xudaybergan Square Khorezm Al-Khwarizmi, al-Biruni, al-Khwarizmi, Muniz, poet, Feruz, Ogahiy statement, Avaz, the father of the first printed press in Uzbek believers, such as large images worthy of the place 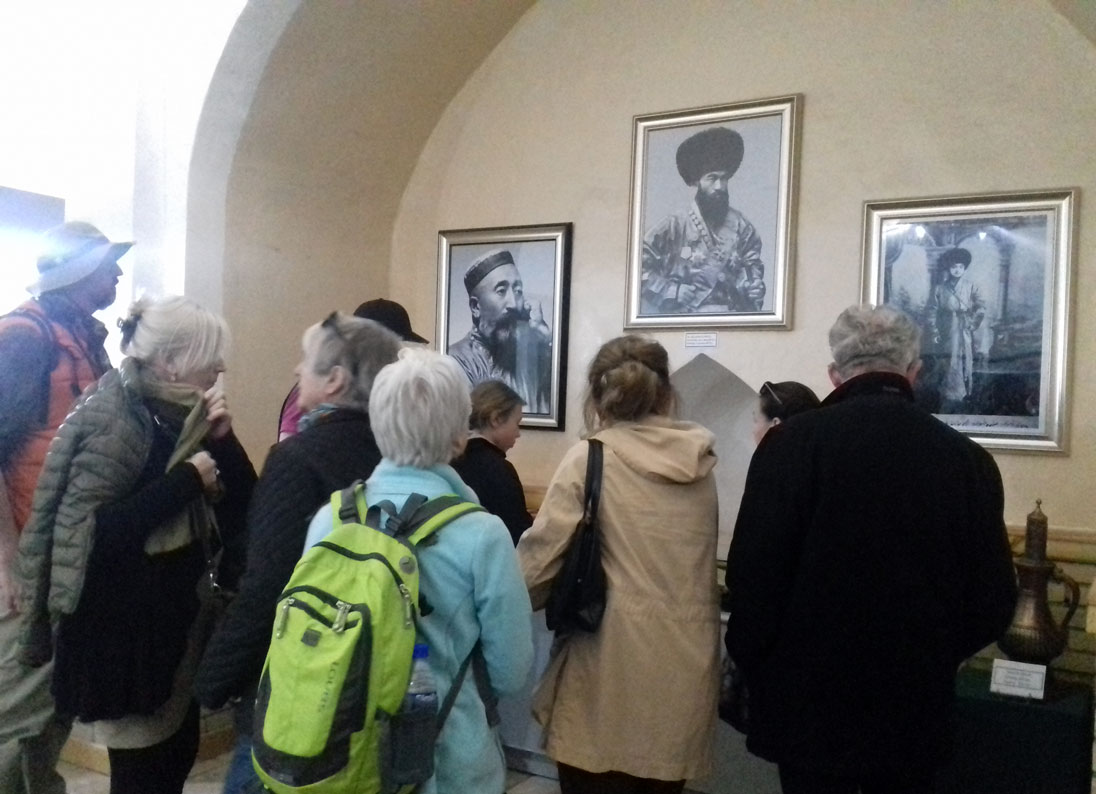 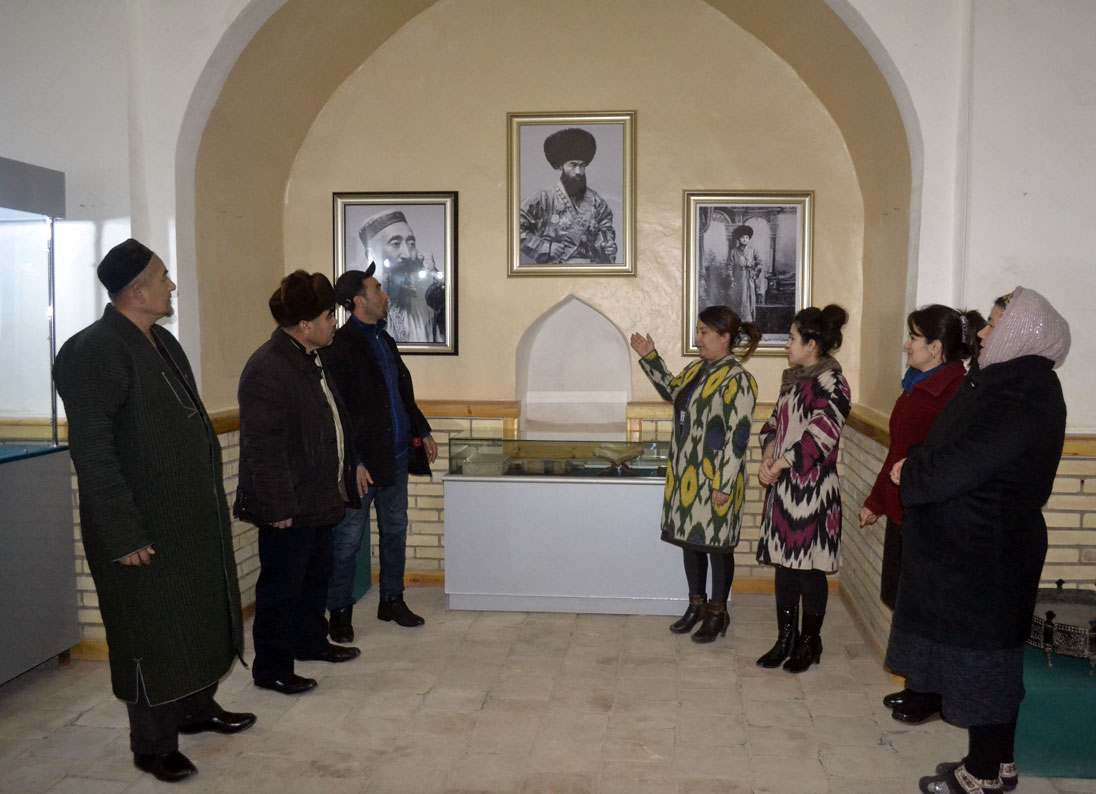 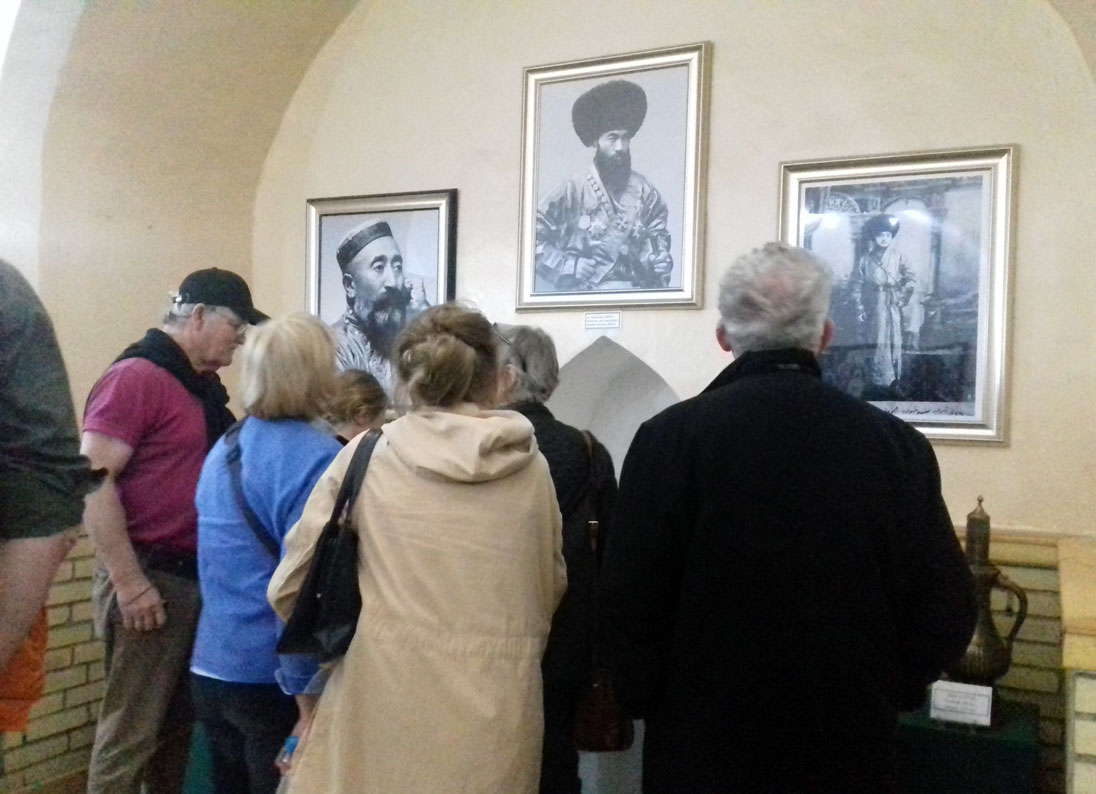