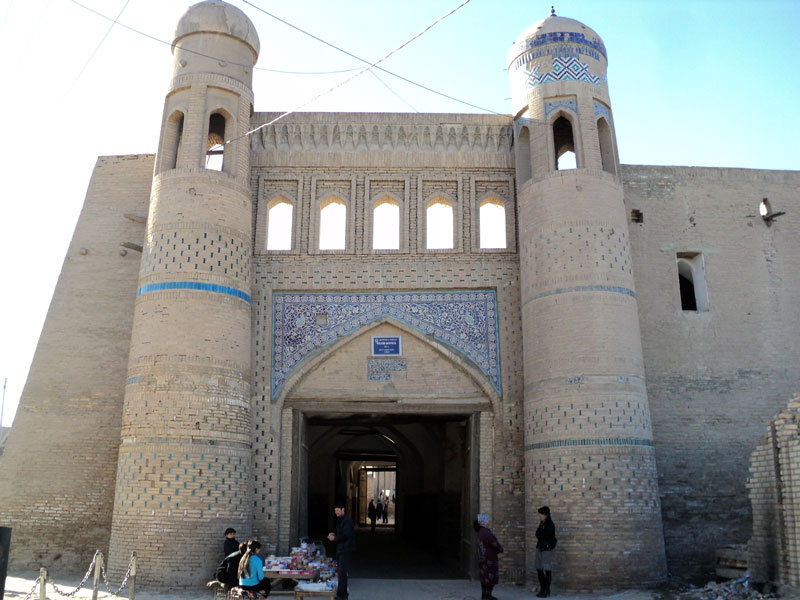 The oldest gateway to the east of the city is three thousand years old. In the past, this gateway was the main gateway to the city, which was guarded by seven guardsmen led by one lieutenant. Because it was a canal surrounding the wall surrounding the fortress with the Amudarya river, it was a bridge overnight at the gate. The gate's palace's palace has an equal footing with the police officer at Ark's gate.
The gate was rebuilt in 1806 by Eltuzarhon. As a result of construction of Olloqulihan madrassa, the interior was extended. He is also called the "Gul darvoza" because of its beautiful tile decorations, and also called it "Darvozai East," "Poshshab Gate," and "Dark Gate." In the gate, there are commercial ramps and stables. Internal length 52, width 7 meters. This gate was suppressed with six domes, and two dwellings were built under each dome (from the south and the north), which served as a marketplace. The name Polvon Gate was the reason for the entrance to the Pahlavan pool and the Pahlavan Ahmad Zemjie cemetery. There are beautiful tents on the gate doors installed on both sides of the gate, with the same dimensions and inscriptions on the tiles.
Nowadays, stores are open at the gates. 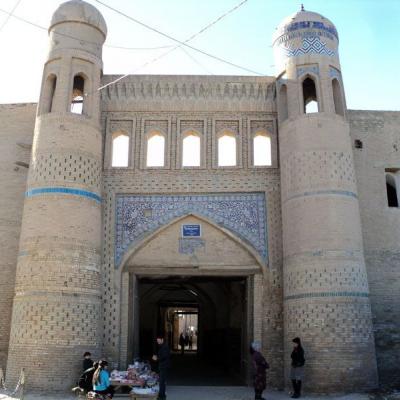 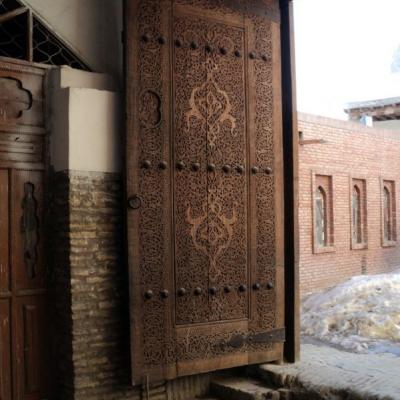 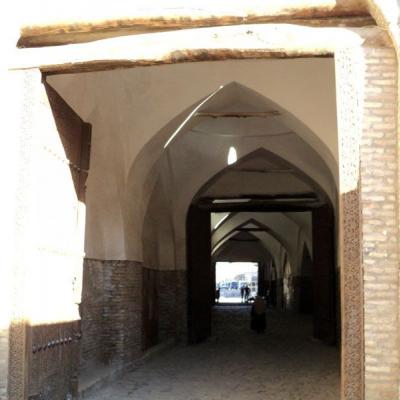 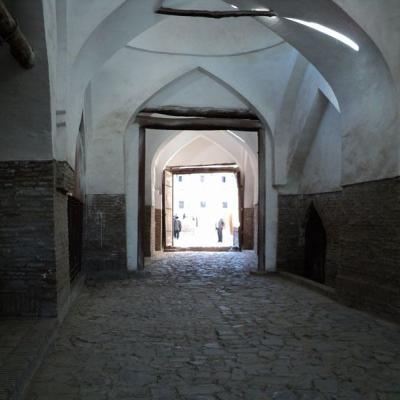 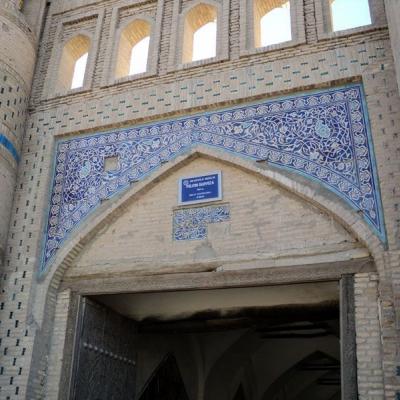