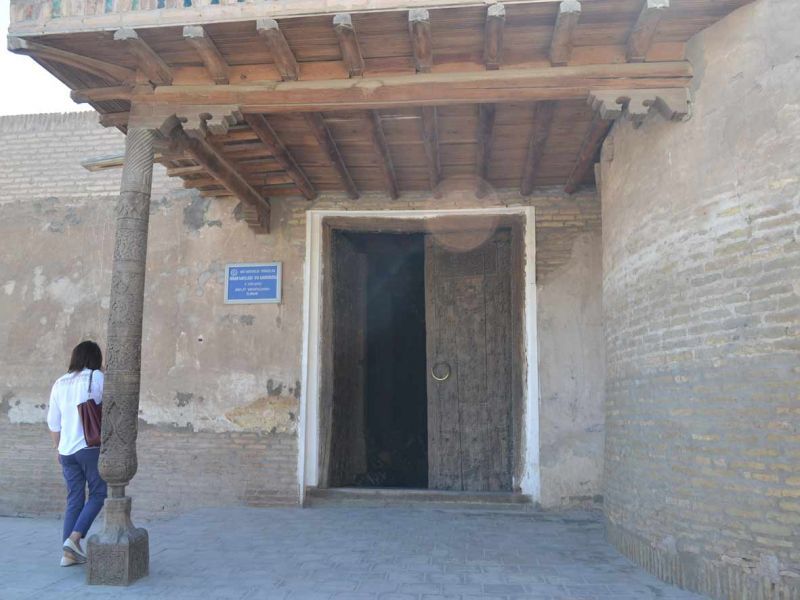 The Juma Mosque was one of the most famous buildings of the Middle Ages. Historical data were built at the beginning of the 10th century. The mosque is distinguished by its specific structure and the size of other buildings. This monument is reminiscent of the ancient mosques in Khorezm. It has a large square with an area of ​​55x46 meters and many columns have been built.

This building is located on the outskirts of a large street, surrounded by the eastern and western gates of Ichan-Kala. The Arab traveler Ad-Maksid Khiva, who arrived in Khorezm in the 10th century, first mentioned the Juma Mosque. However, according to the history of Khiva, the Old Mosque was destroyed, and instead of 1788 the mosque was built on the basis of the same plan.

The appearance of the mosque is very simple, its height is 4.5 meters, and the height of the tower is 42 meters. In a multi-storey flat building there are 213 columns. The mosque is located on the south wall of the room. To make it visible, it is also equipped with high shelves and a ceiling with a heightened height. Marble stones on either side of the gate are engraved letters, one of the letters is the story of a mosque dating from the date of Hijri in 1203 (1788-89), and the second is the story of a mosque written in 1666.

It is believed that the mosque was renovated in the late eighteenth century. This also takes place on the southern facade of the carved door. It says that in 1788-89 the mosque under the leadership of Abdurrahman Mekstar was repaired. The mosque has 15 ancient pillars, 8 pillars are kept in the Museum of the History of the Uzbek people in Tashkent. According to Professor Y. Gulyamov, some of these columns are the oldest monuments of wood carving in Uzbekistan. This unique monument was installed in 1979 by the architect of the Sonechkin project. 108 mosques of the Juma mosque were bought in 1983 by residents. It was replaced by patterned columns of 18-20 centuries. The Juma mosque was renovated in 1996-1997, and many columns were replaced. The mosque was founded in 1983 as an exhibition. 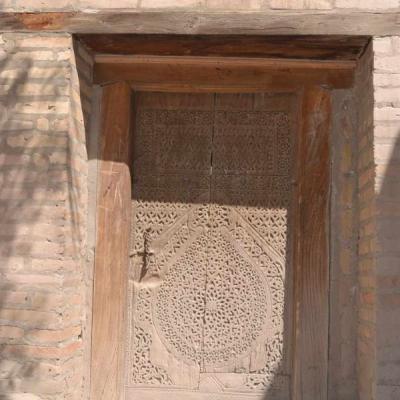 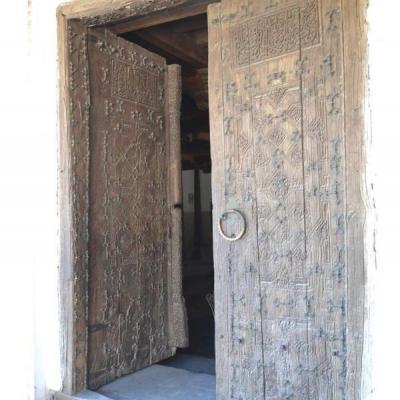 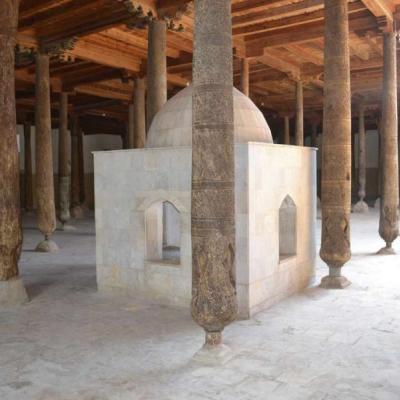 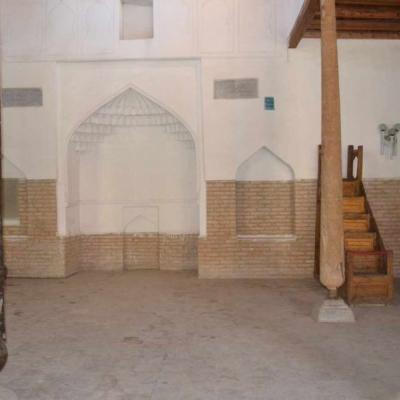 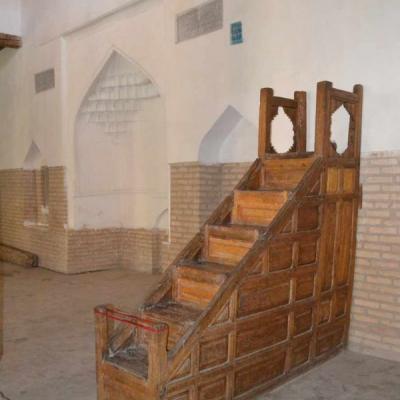 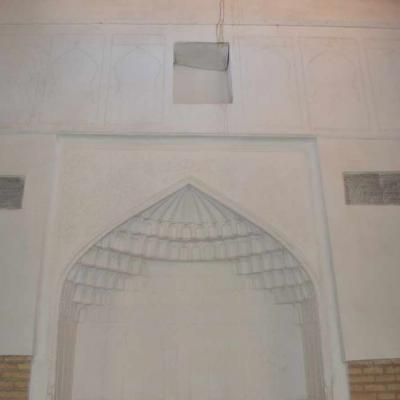 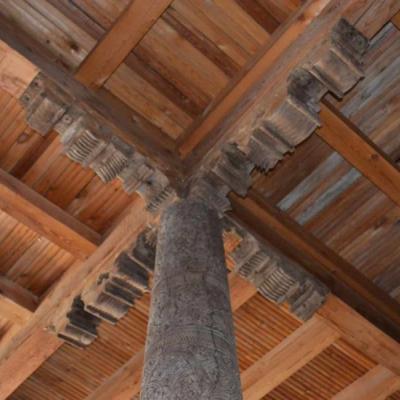 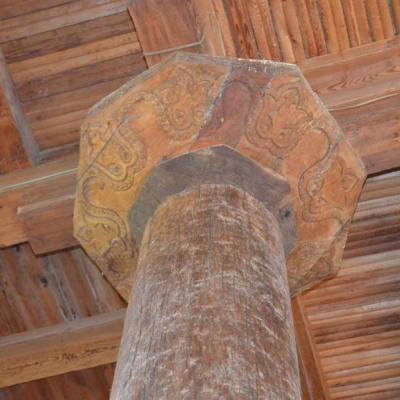 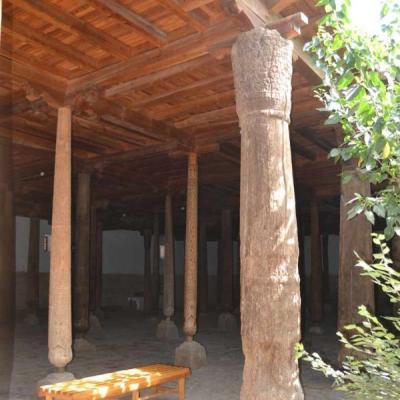 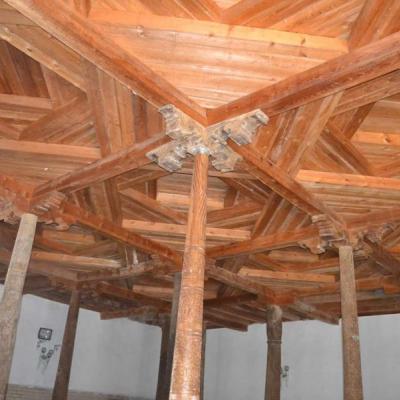 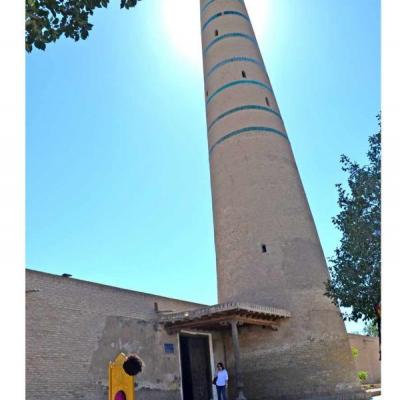 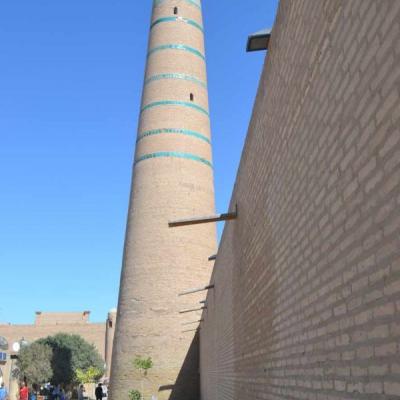 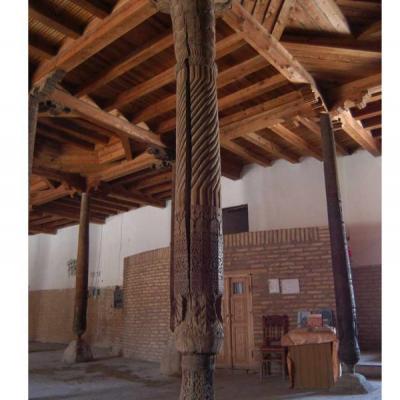